In a dedicated conference, judicial practitioners from EU Member States and the South Partner Countries (SPCs) shared good practices for the more effective application of environmental law. The main aim of the event was to explore the development of a network of magistrates specialised in environmental law on both sides of the Mediterranean Sea.

The conference was organised by the EuroMed Justice Programme in close coordination with Algeria and the French and Tunisian Ministries of Justice, under the French Presidency to the EU Council. It took place in Tunis, Tunisia, on 22 and 23 June. 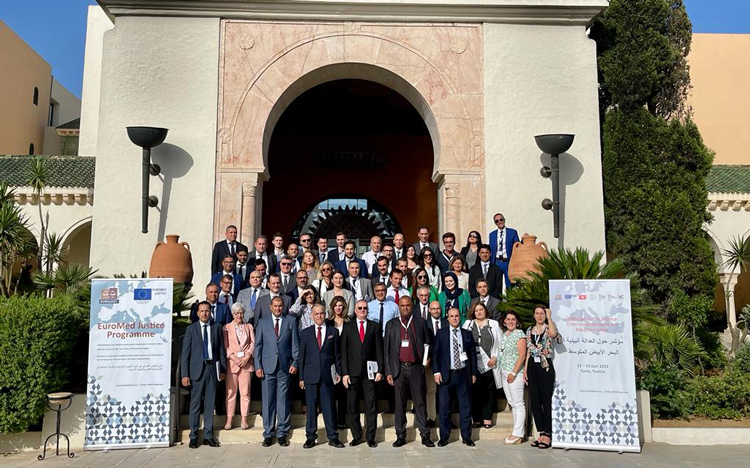 Participants attended five workshops, three of which were focused on matters relating to the marine environment: the fight against maritime pollution, the status of protected maritime and terrestrial areas, and waste trafficking. The classification of the Mediterranean Sea as a controlled emission area for ships, a project brought before the International Maritime Organisation (IMO) by France, was also discussed.

The different types of jurisdictional organisations of environmental matters, as well as the benefits of having specialised jurisdictions for combating environmental offences, were discussed in a dedicated session. The final workshop of the conference was dedicated to international cooperation.

A second conference to continue the work on the topic will be organised in Algeria during the first semester of 2023.